Behind the scene: Navigation 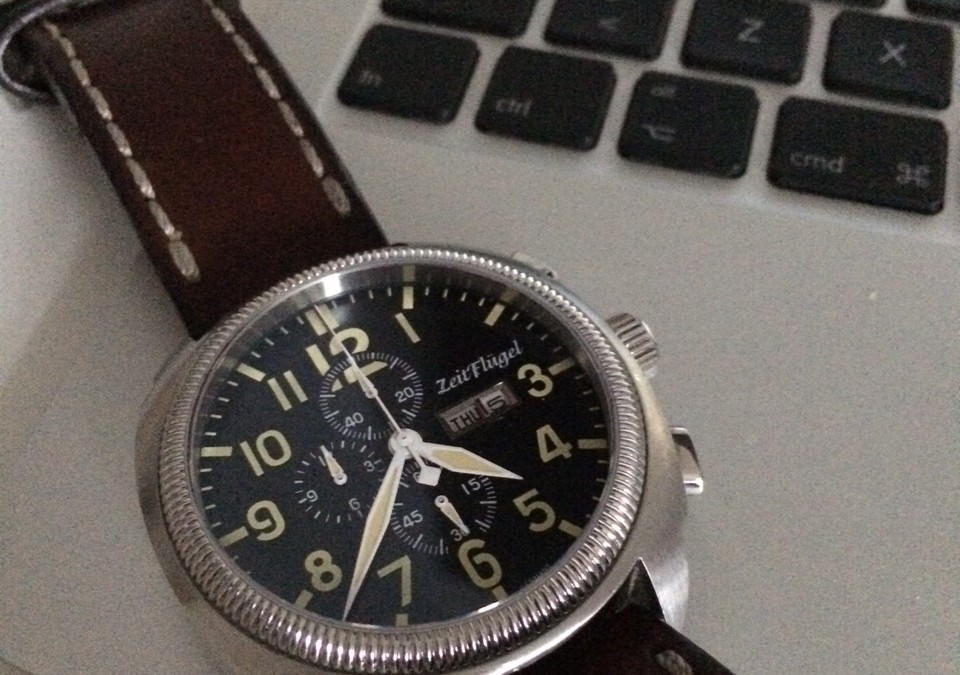 You know where you are. You figure out your speed and get going in a direction via the compass for a certain amount of time. Then you know where you have traveled to. It is called dead reckoning.

Compasses has been around for about 2000 years and maps should be even older than that.
The big problem through out time, and the last to be solved, was the time keeping. The pendulum clock invented in 1656 gave the navigators the tool to accurately find their way at sea and land. The pendulum clock wasn’t replaced until 1930th when the quartz clock came.

During my Cape to Cape I have tried to copy the late 1920th methods by trying the basics via big scale (1:2000 000) maps, a magnetic compass and a time keeper.

My favorite watch has been the Omega Seamaster and that is the only watch I have. It is comfortable, easy to read and  keeps the time precisely!
For this Cape to Cape I thought it looked a bit modern so I was looking for something that would look more authentic. I managed to get in touch with Leo and Angelica Echtermeyer and the ZeitFlügel. They sent me a Barnstormer with stainless casing and a brown leather strap. I have had it through out the trip and I love it! Easy to read, looks great and has a very easy to use timer.

I had in mind to go back to my Omega but I think I will keep this at work in SAS. It reminds me of the important basics flying the high tech Airbus!
So thank you Zeitflügel for the watch!

Planning the trip and getting the correct permissions in time has also been very important on this journey – so a big thanks to Eddie Gold and Ahmed Hassan at G.A.S.E!

They represent and organization helping general aviation pilots trying to get through difficult countries with flight permits, flight plans and agents on ground helping out with practical stuff like fueling and hotels.
They have also negotiated discounts on some of he mandatory handling some countries demand.
An example is Egypt where handling could cost 600USD but with the discount ca 250 USD.

One of the reasons Eddie has become a personal friend is due to the big enthusiasm both Eddie and Ahmed put down in their work. They both welcome you as a friend in Cairo. Here is a photo of Eddie and me at the pyramids! G.A.S.E only charge 50 USD per country you land in and fly through. Egypt is for free!

I flew trough Europe without any support, but entering Egypt I realized I would need help so G.A.S.E has supported me through most of Africa. Only as I got more into the Southern part of the African continent  and getting help from others and local  friends I could use G.A.S.E a bit less.

If any of you out there is thinking about doing a long trip wherever in the world do consider calling Eddie Gold and get support so you can focus on the trip and not getting held up awaiting a flight permit!

There is of course competition but it would cost more and you would miss out on the uniquely enthusiastic part called Eddie and Ahmed!

You might get a new friend as a bonus – and isn’t that what traveling is all about!?