Beginning in September 2015, Swedish pilot Johan Wiklund will fly a 1935 De Havilland 60 Moth biplane from Stockholm Barkarby Airport to the Cape of Good Hope in South Africa. This modern-day challenge echoes the pioneering flight of another Swede, Gösta Andrée, who flew a Moth from Stockholm’s Barkarby airfield to Cape Town, South Africa, in 1929.

The first phase of the adventure actually already started in July this year, when Johan took off from North Cape in Norway.

At the time, Andrée’s journey was an unprecedented feat – a lone aviator flying an open-cockpit plane over the vast deserts and jungles of the African continent, equipped with the most rudimentary of navigational instruments: a map and a compass. Johan Wiklund will repeat Andrée’s adventure, flying a similar aircraft and following the 1929 route as closely as possible. He’ll also use the same navigational tools, and even a copy of Andrée’s flying costume.

Johan Wiklund wants to prove that it is still possible. Using the same technology used by his compatriot Gösta André in 1935. This is an adventure where just one single man in an old technology biplane, despite a previously experienced crash, dares the elements of nature, to explore untapped parts of Europe and Africa from the sky and ground. To get the ultimate perspective. 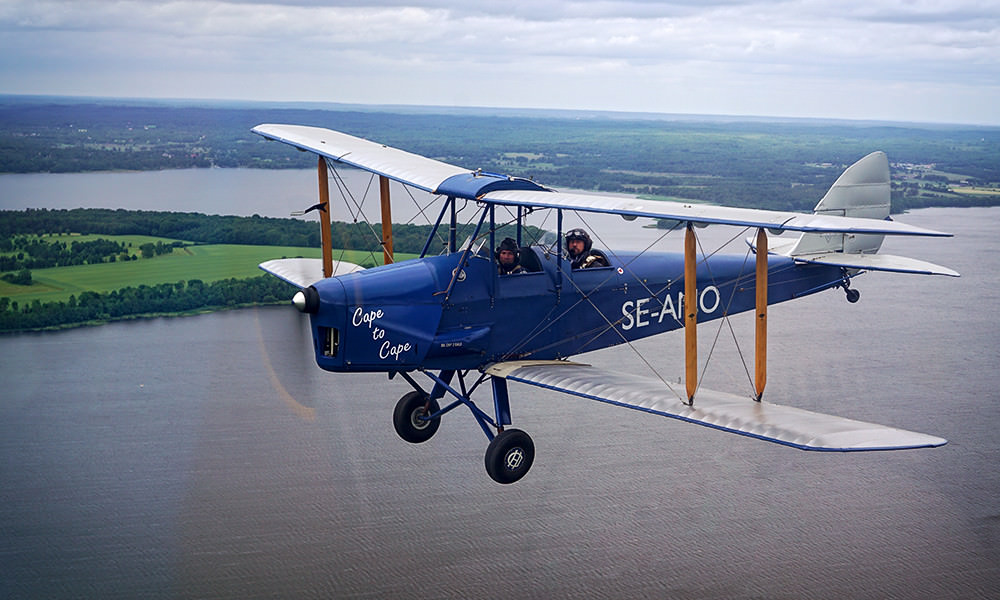 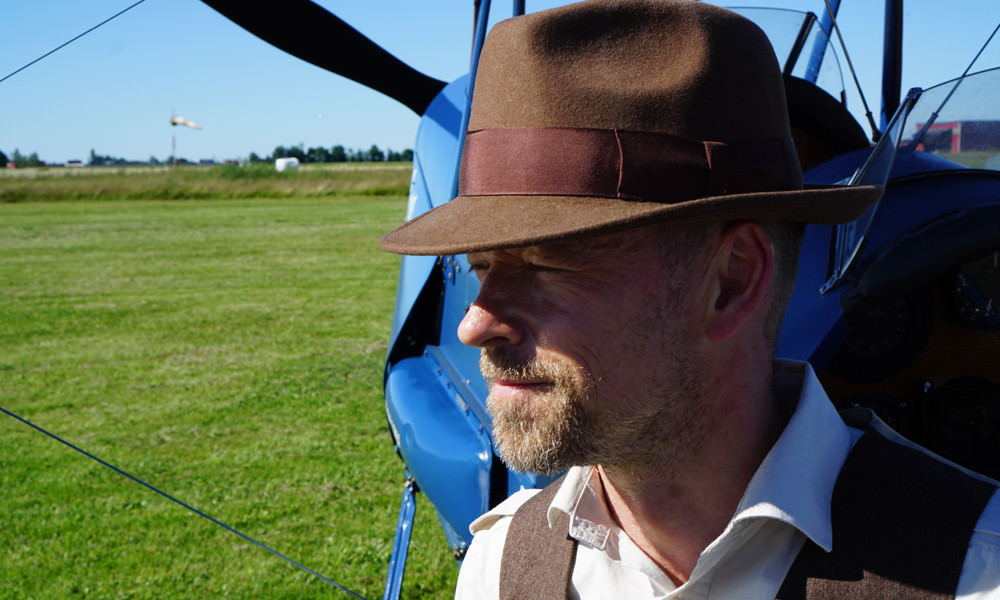 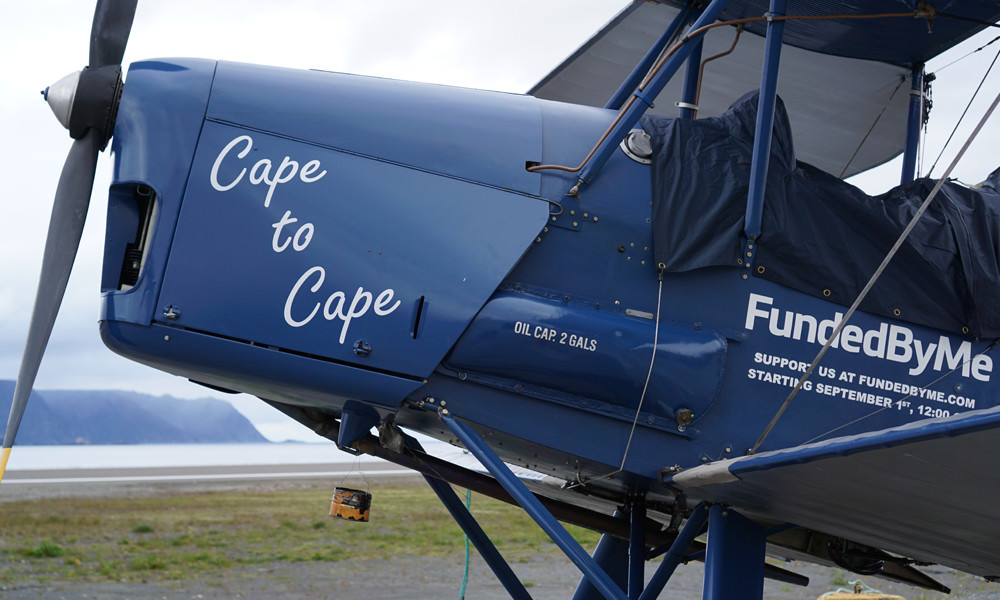 “We have planned this adventure for years. Actually, I have been dreaming about this adventure ever since reading about Göstra Andrée. Gösta Andrée did his adventure to increase interest for hobby flying and to promote the Sandvik brand. My dreams are somewhat different. I too have a passion for flying. It has been so all my life. But I also want to explore Europe and Africa from many perspectives. I am going to visit places seen by few. See people, discover cultures and most likely also go places most would think are too dangerous.

Help me accomplish this adventure. What was seen as impossible in 1935 is seen as even more impossible 2015. I want to show you all that  ”impossible is only temporary”.

The goal of Johan’s adventure is not just flying from the North Cape to the Cape of Good Hope.  While he hopes to cover the costs of the trip itself through private funding and sponsors, he also aims to raise money for the “Make reading cool” project.   Click here if you want to support us!

After completing this journey, Johan plans to share his story through lectures and films from the trip. It is also hoped that the adventure will result in a book.

If you are interested in having Johan speak to your group or organization about his adventures, please visit the “Lectures” page and fill in the form. We promise we will get back to you as soon as possible.

My name is Johan Wiklund 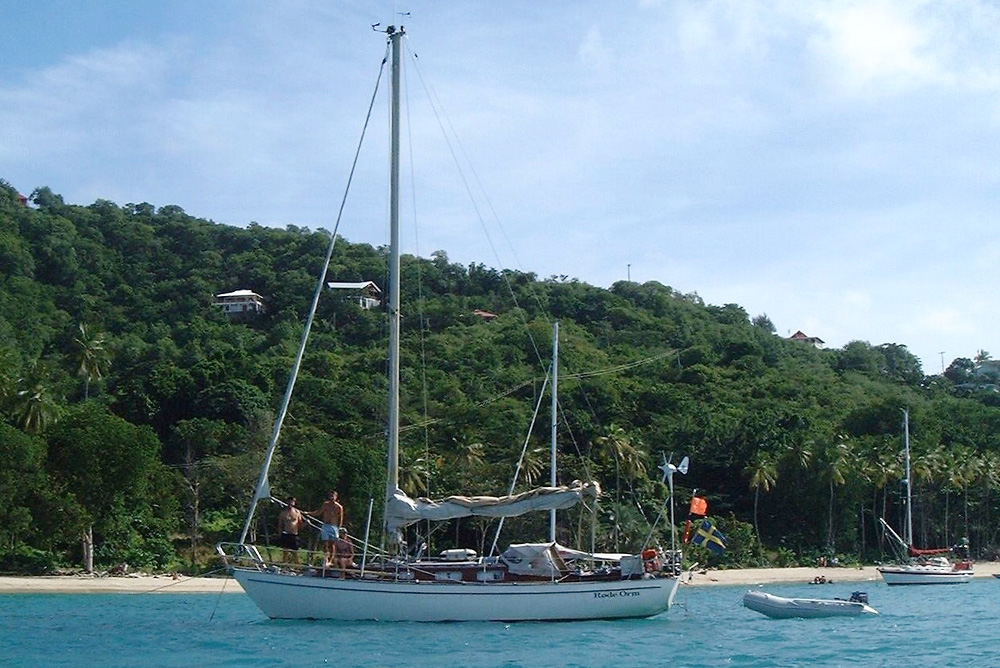 I’m a 47-year-old Swedish airline captain at SAS, flying out of Copenhagen, Denmark. I live with my wife Lena and our two children in Malmö, Sweden.

Adventure is nothing new to me. I have a military background from the Swedish submarine force, and was also trained as a helicopter pilot in the Swedish Army. In 2000-2001, my brother Anders and I took a leave of absence and sailed round-trip across the Atlantic in a 35-foot sloop, the Röde Orm. It was on this trip, while in the West Indies, that I met my fantastic wife – who was on a sailing adventure of her own!

My passion is to build, fly and maintain antique aeroplanes.  I specialize in English “Moths”, a series of small biplanes designed by Sir Geoffrey de Havilland and manufactured between 1924 and 1935. These aeroplanes were used as trainers during World War II and then as sport aircraft.

Combining my roles as father and husband, SAS airline pilot and spare-time adventurer couldn’t be done without the help and support of family and friends. Thanks to them, I can look forward to sharing the fun of Cape to Cape with all of you!

The team behind Cape to Cape consists of family and friends who are supporting me with their technical skills, networks in Scandinavia, South Africa and beyond, and their sound advice. They are also an infinite source of encouragement and inspiration.

Thanks for now, looking forward to seeing you out there!